Auto financing falls for the fourth month in a row 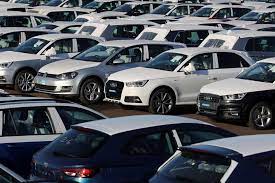 KARACHI: The amount of outstanding auto loans decreased for the fourth consecutive month at the end of October, according to data released on Monday by the State Bank of Pakistan (SBP).

However, some assemblers, particularly Chinese and Koreans, have recently begun offering ready delivery of vehicles on full payment after the port clearance of their imported auto kits. However, high prices and a significant increase in the key interest rate last month may continue to stymie their sales.

“The government does not want to keep auto demand high.” As a result, it is attempting to reduce imports of parts and accessories in order to help the fragile balance-of-payment situation,” said Pak Kuwait Investment Company Ltd Head of Research Samiullah Tariq.

He added that buyers have also limited their purchases of new cars, as evidenced by a significant drop in auto sales, which fell to 39,700 units in July-October from 74,952 units a year ago. Pickup and jeep sales fell to 8,234 units in the same four months from 14,969 units the previous year.

One of the main sources of concern among buyers is a 40% increase in car prices since September 2021.

Auto financing also faced other challenges, such as a Rs3m loan limit to limit the sale of expensive vehicles, as well as a reduction in the auto loan repayment tenor.

Last year, the SBP reduced the debt-burden ratio (DBR) from 50% to 40%. As a result, the monthly auto loan payment must now be 40% or less of one’s income, rather than the previous 50%.

Heavy floods, hyperinflation, rising dollar rate, import restrictions, and political uncertainty, according to Pakistan Association of Auto Parts and Accessories Manufacturers (PAAPAM) Chairman Munir Bana, have impacted the local tractor parts industry, which is facing a production drop due to a drastic drop in tractor sales.