Cozying up to the belligerent: Ramifications of Indo-US alliance for Pakistan 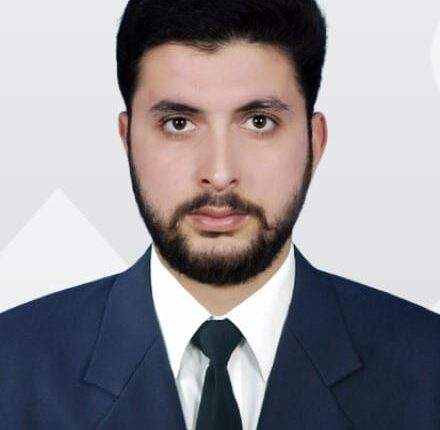 As a new world order might dawn upon the globe in the years to come, strategic transitions and shifting of alliances will become more evident. This transition and shifting will make the future world a different one. In fact, this new world has started to materialize. The United States is no longer the sole superpower to dictate the rules of international order, nor is its hegemony unchallenged. With the rise of China, resurgence of Russia, and new challenges like Climate Change coming to the world stage, the world today is in transition. The United States had acknowledged this trend earlier and had started to adjust its policy accordingly. The most important acknowledgement in this regard was of regional nature; it was clearly enunciated by the Obama administration that Asia will be the most significant region to shape international politics in the future. Since the Obama administration announced the US’ “Pivot to Asia” in November 2011, there has been an evident warming of relations between India and US. For South Asia as a region, this is no negligible development.
Historically, Pakistan has remained “the most allied ally” of the US but the relationship has been unstable. It has seen highs and lows through its course. However, India, due to its stance of non-alignment, kept its distance from the US during the Cold War. The new era of Indo-US relationship can be better understood in terms of how Sino-US rivalry plays out. The United States has found in India a regional partner that will be a bulwark against China. For the United States, India will be the frontline state to contain China. As stated in the US’ National Security Strategy 2022, “PRC is the only competitor with both the intent to reshape the international order and, increasingly, the economic, diplomatic, military, and technological power to do it.” It also states that, “As we work with South Asian regional partners to address climate change, the COVID-19 pandemic, and the PRC’s coercive behavior, we will promote prosperity and economic connectivity across the Indian Ocean region. The Quad and AUKUS will also be critical to addressing regional challenges, and we will further reinforce our collective strength by weaving our allies and partners closer together including by encouraging tighter linkages between likeminded Indo-Pacific and European countries.”
As India and the United States strengthen their ties and engage in a strategic partnership, the regional power balance in South Asia is under duress. From an analysis of India’s belligerence, it is crystal clear how the Indo-US relationship will transpire for Pakistan. Although Pakistan does not believe in essentially fearing any mutual relationship between two states, India’s posture towards Pakistan forces the policy makers in Pakistan to be conscious of what the Indo-US relationship will bring along for Pakistan. India’s record tells that it has been responsible for initiating an arms race in South-Asia, has nuclearized the region, and has tried to dominate the region with its zero-sum mentality of “exclusive development” at the expense of other actors in the region. As has been done before, India’s posture and action again force Pakistan to act proactively and “balance” the power dynamics of the region. It is now India’s doing, with the support from the US, that South-Asia becomes a ground for a security dilemma.
India has projected itself as a responsible nuclear state. It has used the smokescreen of its No First Use policy to ascertain its commitment towards strategic restraint. However, as ultra-right conservative political forces have injected their venom in all the layers of Indian society, it is naïve to accept that India would act responsibly. This has been clearly manifested as the Indian defense minister, in 2019, had announced that despite the fact India has stuck to its commitment of ‘no first use’ of nuclear weapons, the future policy will depend on the situation, which analysts said introduced a level of ambiguity in a core national security doctrine. Adding insult to injury is the United States’ countenance for India’s belligerent posture and its irresponsible behavior towards India’s nuclear posture. Even this year India has remained reluctant to consider signing the Comprehensive Test Ban Treaty and Non-Proliferation Treaty. As Pranab Mukherjee said after India and US signed the celebrated Nuclear Deal, India does not feel it necessary to sign NPT and CTBT now, provided it now has the support of US.
It is high time that India acknowledges the collective challenges faced by the region and opts for a more cooperative approach towards Pakistan. The United States needs to assert itself not as the source of creating imbalance in South Asia, but as a mutual ally for both India and Pakistan. Pakistan wants to achieve a mutually beneficial framework for the progress of all parties. It is now the responsibility of the US to take India in loop for making South-Asia a peaceful region. There are multiple challenges like Climate Change, that need to be dealt with immediately. This can only be done if India assumes the responsibility, it should. Otherwise, there will be no winners in the zero-sum game.

“Important Plants And their Health Benefits”

Do not forget us. Hina Rabbani Khar is told by Afghan women