Rupee remains stable versus US dollar 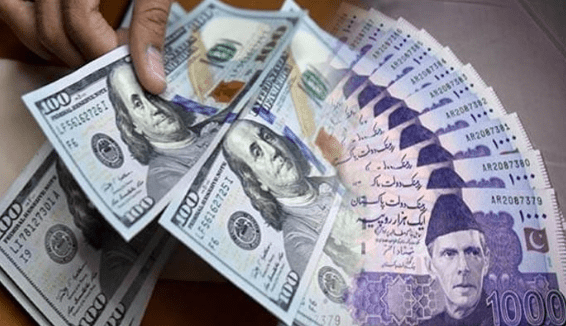 KARACHI: The Pakistan’s rupee fell marginally against the US dollar on Monday, depreciating Re0.01 in the interbank market.

The rupee settled at 223.95 against the US dollar compared to its Friday close of 223.94 in the interbank market, according to the State Bank of Pakistan (SBP).

The rupee lost value in the last few sessions but remained within the 223 level as restrictions imposed over import payments, opening of letters of credit, and foreign-currency carrying limits on travellers meant the currency stayed administratively under control.

Analysts also believe it was a result of negative sentiment that was fanned by the shrinking dollar stash of the country.

However, the local unit is likely to bounce back later this week on expected inflows from the Asian Infrastructure Investment Bank (AIIB).