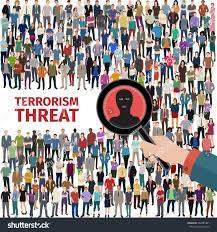 Terrorism is that curse which has been badly affecting Pakistan since the incident of 9/11. The brave forces of the country did historical operations and eradicated the roots of terrorism. After eradication of terrorism country was just entered into a phase of peace keeping. At this stage the need of the hour was to take all those measures which are inevitable to stop such incidents. During this phase the government failed and the terrorism succeeded in posing threats again. The reason behind the failure of the government is the prolonged political instability in the country for last couple of months.
A day before the change of command ceremony at General Headquarter (GHQ), Tehreek-e-Taliban Pakistan (TTP) announced that the faction is going to end its ceasefire agreement with the government. It was a shocking news for the country which was already facing the political and financial instabilities. It was basically a direct threat of terrorism. Just after one day of this shocking news the country witnessed first incident of terrorism. In the incident, a suicide bomber targeted a truck transporting policemen for the security of polio workers during the ongoing drive, in Quetta’s Baleli area this morning, killed a cop and a child on the spot, and reportedly left 26 including 23 cops wounded. The death toll climbed as a woman and her child injured in the bombing succumbed to their injuries at different times, later in the day, the hospital administration shared. Both the deceased children were siblings. Earlier, the hospital administration had said that most of the injured are out of danger. The law enforcement agency said in the initial statement that a police truck was targeted in the explosion. They said that the injured cops and civilians were rushed to a nearby hospital.
Due to the restrictions and proper check and balance on the transactions, the money reaching the terrorist groups was stopped. By the previous government’s land mark decisions the chances of suicide bombing attacks were minimized. As it is a knowns fact that its costs very high to prepare one suicide bomber. So, without the illegal flow of money this can never be done. After introducing the strictness, the money supply of the terrorist organizations was disrupted due to which the authorities were quite satisfactory that there is no chance of any suicide attack in the country as the factions are now not able to get that illegal money which they were using to prepare their suicide bombers. But, the recent incident has shocked the authorities as it was a suicide attack. Quetta Deputy Inspector General (DIG) Ghulam Azfar Mahesar, in a media talk at the crime scene, confirmed that the explosion was a suicide attack as they have found remains of a suicide bomber near the crime scene. He said that the police truck toppled due to the explosion and fell into a ravine.
The sad reality is that terrorism has hit the country again. And this time the terrorism has hit when there is political instability and country is already standing at the verge of economic default. The revival of terrorism with the capacity of preparing the suicide bombers is a real challenge for the authorities. All the stakeholders of the state should join hands together to compete with this curse. Either through dialogues or any other mean the government should eradicate these new roots of terrorism at once.

An Individual Business is usually Not For the Faint of Heart