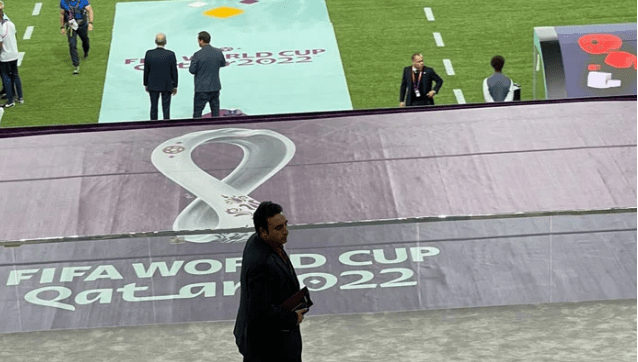 According to Bilawal, Pakistan is proud of its relationship with Qatar because Qatar’s security forces and labour force have contributed to the achievement of this historic milestone.
Later, the country’s foreign minister paid a visit to the embassy and expressed his satisfaction that the specially constructed building is “offering outstanding consular services to the people.”
He said that the Pakistani mission in Qatar would keep pushing for increased bilateral commercial and investment collaboration.

He declared, “Pakistan remains dedicated to elevating its ties with Qatar.
While attending football games at the stadium, Bilawal will also interact with spectators.
In his conversation with the FIFA president, Bilawal brought up Lyari because the neighborhood’s residents are clearly passionate about the game. Football-crazy “Mini-Brazil” is another name for Lyari.
Many young people participate in football academies in Lyari and train for hours each day despite Pakistan never having qualified for a FIFA World Cup. One day, they intend to compete on a global scale.

The level of enthusiasm among Lyari people is so high that it seems as though Lyari is hosting the World Cup rather than Qatar. When Brazil faced Switzerland, thousands of fans flocked to a miniature version of Brazil, donning the traditional green and yellow uniforms of their side and congregating in front of massive televisions while loud music played.

When Brazil defeated Switzerland 1-0 to secure their place in the knockout rounds, the crowd exploded into raucous cheers and dancing.